Recently Apple WWDC 2018 keynote had wrapped up in San Jose in California. The Apple CEO Tim Cook along with his senior staff had made this a keynote focussed on software, with iOS 12, macOS 10.14 and many other important announcements. We all were able to catch a glimpse of the Home Pod and iPad Pro 12.9 and IPad Pro 10.5, it wasn’t the case this year as no new hardware was a shown. In the 2018 WWDC, a lot was online for Apple as last month Google had come up with Google IO 2018 on some amazing news to look forward to.

WWDC offers the developers to get an idea of what will be worked upon in the year 2018 so that they can start planning accordingly. The iOS 12 developer beta one can be downloaded right now by them. But for everybody else, this is a first look at the interface refinements available for the present iPhones, iPads, Macs, Apple watches, etc. with some exciting news for the iPhone 9 and iPhone X1.

Here are some of the important highlights from the Apple WWDC 2018.

We are very addicted to our smartphones right now. Apple has come up with many new features to address the issue. iOS 12 has better and enhanced version of DO not disturb and also a screen time app that is going to give you weekly reports of your usage of the phone.

Parents can also get these reports for the usage of the phone by kids and will be able to set it to different allowances. If you would like, you will be able to establish and limit your usage too, as you will be getting warning messages that are going to pop up when you had already used the time allotted for specific apps.

Could also be seen as a response to the backlash from the investors that was being faced as the device users were getting more concerned about the phone usage and addiction among children. One of the reports that had come forward in the year 2016 stated that the average age of a child getting a phone was ten and Apple’s devices had remained among the most looked-for in teenagers and children.

This feature will help us control the phone usage. With iPhone X came to the Apple’s Animoji and was the highlight addition to the phone. Now new icons and new Memoji is introduced which is going to enable the users to create their animated version. The Samsung Galaxy S9 had the similar feature of AR Emoji.

We also have FaceTime through which group calls can be made to up to 32 people. The video chatting app is going to include the Animoji and Memoji as well. Although this is not something to be called as groundbreaking but is going to be useful for the Apple’s massive base of users.

Apple Siri has a new version as well:

But at this meet Apple had revealed Siri Shortcuts, this is going to be the feature which is going to command prompts for the specific applications. Siri has also become smarter now and will offer you suggestions on your phone or Apple watch based on the activities of your regular use, like when you go to the gym at the specified time of the day a fitness app might be suggested.

You will have the control to produce your shortcuts across multiple applications, which is going to be similar to Alexa and Google assistant to an extent. It’s crucial that Siri does get a better update as HomePod, which has also been criticized a lot over the massive price and lesser ability than the other smart speakers available in the market today.

AR is going to be the next best thing:

AR is one of the first features that had introduced in the iOS 12. Augmented reality overlays the digital images of the real world by making use of individual headsets or the phone. Some of the older examples that we had seen working on the same technology was Pokemon Go and the filters and lenses that are visible on your face when you are on Instagram or SnapChat.

This year Apple has come up with a new format file for Augmented reality called USDZ, although this might not be huge news for the developers, it puts forward some of the foundational work on the technology so that it becomes more accessible and available to the users. With this, Adobe had also got on stage to announce that it is going to support the format.

Apple also introduced the ARKit 2, which is going to increase what all you will be able to do with AR. Just, for example, a new Lego AR game showed setting up a building in AR and then being able to open it to see what’s inside.

Previous year Apple Announced WatchOS 4 on WWDC 2017. This year With the help of the new WatchOS 5, the Apple Watches fitness feature is going to become more social. You would be able even to challenge your friends to fitness contests, record workout retroactively if you had forgotten to press start, get digital awards.

The company is also adding WebKit for watch OS users so that they will be able to browse some websites on the watch, like a restaurant menu that had been optimized on the tiny screen that Apple sells.

There is no doubt about it that Apple has been able to integrate hardware and software seamlessly in iPhones and Macs, and with new announcements, the company is way ahead from the rivals.

There is no doubt about it that Apple has been able to integrate hardware and software seamlessly in iPhones and Macs, and with new announcements, the company is way ahead of the rivals. It is predicted that this glimpse at the refinements done for the interface as well as exciting insights on the future will prove to be beneficial for Apple in the long run. Even for iPhone App Development Companies it’s time to learn new things from Apple WWDC 2018 new announcements Thanks to the sneak peek we got into the software, Apple won’t stay behind its competitors for long. 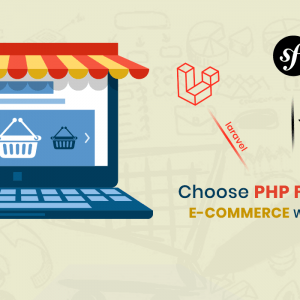