Successful games have a few things in common. They are engaging, entertaining, and delight the audience. Although graphics and art are incredibly important to games, a less than enjoyable soundtrack can ruin a game.

In an age where game creation programs are readily available, music is not often a huge factor in development. However, following are some games that incorporate amazing soundtracks in addition to fun game play.

Based off of a series of successful fantasy games, Fire Emblem Heroes released in spring 2017. The soundtrack pulls from previous (console-released) Fire Emblem games, although there are a few new original pieces. A majority of the songs are orchestral music written with a medieval flair that plays well into the old fantasy realms Heroes takes place in. The music pairs well with game play, helping immerse and excite players while they battle enemy armies.

When their private high school is slated to close due to low interest, nine girls become pop stars to save their school. Based off of the hit anime, this game is a rhythm game mixed with a visual novel. Song genres range from pop to soul to techno to even metal! There’s a song for everyone with the large soundtrack (around 146 playable songs) and the game itself is addicting. In addition to great game play, it’s nearly impossible to frown while listening to the soundtrack.

For fans of classic horror games such as Silent Hill or Resident Evil, Forgotten Memories offers a creepy atmosphere coupled with a mournful, instrumental soundtrack. The piano-heavy songs enhance the derelict asylum setting while adding another dimension of spine-tingling fear with haunting vocals.

Released in 2014, Neko Atsume took the internet by storm. The premise of the game is simple: you lay out toys and food for stray cats who will slowly come to your yard. There are only two songs in the soundtrack and both are very different: one peppy and featuring drums and a marimba, while the other is light, airy, and uses chimes. The songs play on a loop and add a layer of cuteness to the game.

Taking place in an alternate universe where London has become an underground metropolis, Fallen London is a text-based game available on mobile devices or web browser. The soundtrack, while not too eerie, is mournful and hearkens back to the Victorian era. It helps players imagine the dark settings of the game and helps immerse the audience in comical yet dark situations. Strings and wind instruments are prominent in the soundtrack, but work well with the synthetic orchestra used.

Another mobile game based off of a popular fantasy franchise, Brave Exvius features a very exciting soundtrack, each song enhancing the scene where it is played. Songs during cut scenes are light and airy, immersing players in the world of Final Fantasy while songs become more fast-paced as action sequences occur. The soundtrack takes inspiration from the fantasy genre as a whole, songs being more whimsical and experimental as opposed to Fire Emblem, whose music is more rooted in history.

With the success of Guitar Hero, a guitar related web-based game was bound to happen sooner or later. Adagio has simple controls, however it can be difficult to play at first. The soundtrack features all original heavy metal music. Although there are no vocals, the music is exciting, harsh, and creates a good variety in the game’s beatmaps.

Contre Jour is a puzzle game where players must manipulate the environment in order for a monster to enter a portal. The game’s soundtrack involves a fun, jolly piano that helps create a vintage feel to this black and white game.

Monument Valley is a puzzle game where players must maneuver through optical illusions. The music is tranquil and relaxing with not too much variety. The soundtrack is straightforward and creates a peaceful environment for a game that challenges players to think outside the box.

A mix of a visual novel and a rhythm game, Lanota has a unique fantasy setting and is coupled with a soundtrack just as unique. Pianos are featured and play alongside an orchestra. The music, although it has fantasy elements, also has some influence from hard rock with the inclusion of electric guitars and dark riffs. Game play is simple yet exciting, and the evolution of each song ensures no beatmap will be boring. 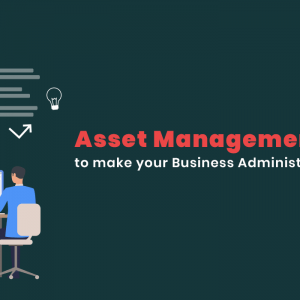